I was inspired by ZeeGee’s series, The Saga of Sunset Valley, to create the same kind of machinima using The Sims 4 and the Landgraabs. I want to explore the story of the disowned Landgraab, Johnny Zest. Gus is always telling me that to be a Machinima Master you must be a “master of everything”, so here goes nothing. I’m stepping out of my comfort zone to try a new type of machinima. I’ve tossed around making a subtitled series, but I couldn’t come up with an idea. So here we are. You, our loyal readers, get to follow me through this process, so let’s get started.

I should state something now. The Saga of Sunset Valley is probably going to be better than this. Why do I say that? Because every time I try to make something serious and heartfelt I fail miserably every time. It turns into a satire of itself. I gave up on those kinds of project long ago.

If I am going to stay as true as possible to Sims lore, I need to look at what we know about the Landgraabs. What is known:

They are an old family responsible for helping settle/develop Pleasantview with The Goths. Pleastantview isn’t in The Sims 4 so the only relevant thing there is they are rich, everyone knows who they are, and they are respected in some way somewhere.

None of the Landgraabs have relationships outside the family. Johnny has no relationships at all. It’s safe to say that they just moved to Oasis Springs.

In The Sims 3 Geoffrey was a doctor, now he’s a secret agent. WTF? Who does he think he is? James Bond? He’s not young enough or, more importantly, fit enough to be chasing criminals. Is his job to spy on the donut desk to see who’s been taking an extra donut?

Nancy has gone from a VP in business in The Sims 3 to a professional criminal in The Sims 4. That’s just as weird.

Malcolm doesn’t want to be the family heir.

Johnny dropped out of school to follow his dream of being a comedian and was disowned by the family.

Their “mansion” is less of a mansion and more of an oddly shaped house. It’s also the only modern house in Oasis Springs and sticks out like a turd in a punch bowl.

So many questions need answered just on this list of knowns. The first being, has anyone noticed how “perky” Nancy Landgraab is?

Speaking of Nancy, how did she go from being a business VP to a criminal? Yes, I know The Sims 4 is supposed to be an alternate reality but that is still quite the stretch. We could also argue that Big Business suits can be rather shady. Things that make you say hmmm… 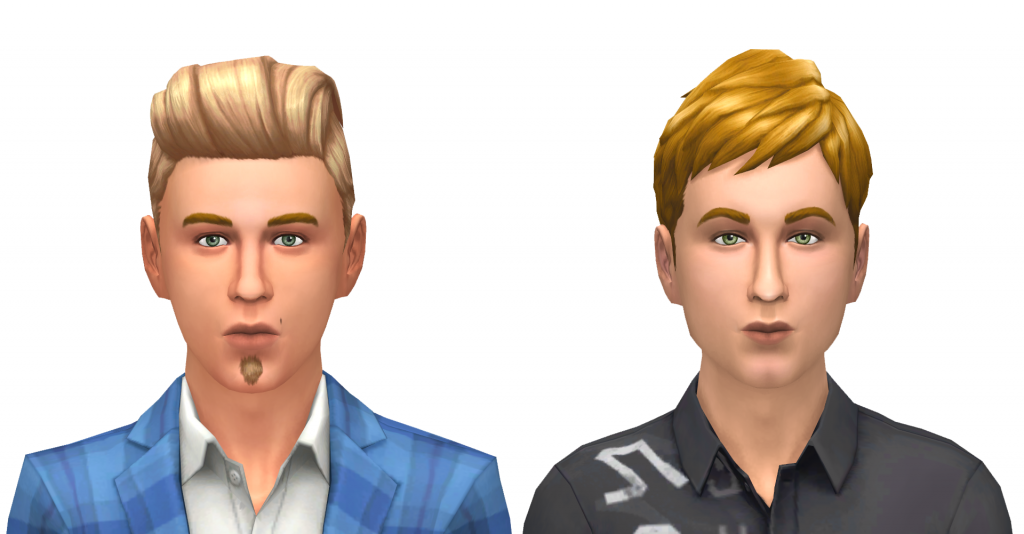 Malcolm looks like a younger Johnny, with a worse haircut. That haircut screams “My hairdresser isn’t gay enough.” Too bad we can’t get this family on Maurey and do a DNA test…or can we? It should be noted that Malcolm isn’t that much younger than Johnny.

Most importantly, how funny is Johnny? No one in his family has ever had a sense of humor, so where did his come from? He’s obviously the black sheep of the family. How is that going to work for him?

This is going to make quite the story. Now to figure out how to continue this blog without giving away anything…

How to Machinima: Promo Items

One thought on “How to Machinima: The Landgraabs”