In the history of SimsFilmFest we have had one entry that falls into the western genre, Wild Wild West Reloaded by Bodyrock. As far as SimsFilmfest and Sims machinima goes, it’s an untapped genre. Hopefully this article will give someone some inspiration.

The first question that must be answered is What is a western? Traditionally they take place in the 19th century of the American Old West (the area west of the Mississippi River). It was an untamed area that was full of cowboys, Native Americans, gunslingers, bandits, outlaws, settlers, and farmers and small towns.

Westerns were a staple of the silent film era and were quite popular through the 1960’s. Examples of Western TV shows include Bonanza, Maverick, Wagon Train, Little House on the Prairie, Dr. Quinn: Medicine Woman, Lonesome Dove, and The Young Riders. Obviously movies have been more abundant and some of the more popular ones include The Good, The Bad, and the Ugly, Unforgiven, The Magnificent Seven, Dances with Wolves, Butch Cassidy and the Sundance Kid, A Fistful of Dollars (Star Trek: TNG did a homage to this film in the episode A Fistful of Datas), 3:10 to Yuma, Blazing Saddles, and True Grit.

SOME TYPICAL PLOT ELEMENTS OF WESTERNS

• Fast paced action story
• Maintaining law and order on the frontier
• Good vs. Bad
• New arrivals vs. those already there
• Humanity vs. nature
• Social order vs. anarchy
• Search and destroy type plots

Unfortunately, you don’t see many traditional westerns these days, but that doesn’t mean the western has died. It’s been resurrected for a more modern, technological time with offerings such as The Wild Wild West with Will Smith, Firefly/Serenity, Defiance, Cowboys and Aliens, Westworld, Back to the Future III, and Cowboy Bebop.

If you need more examples just look to books, especially historical romances. There is a huge audience for romance novels placed in the untamed west. Every used bookstore (at least the ones I have been in) has a rather large western section with no end of action adventure books about train robberies, renegade gunslingers bringing bandits to justice, or conquering the untamed west to to build a homestead.

Nothing says that a western has to take place in the west. It’s all about exploration, and settling the unknown. Add some gunslingers, bandits or outlaws, Stetson style hats and other “cowboy fashion”, and a frontier style town and it can take place anywhere. And i do mean anywhere. For those of you who have played Fallout 4, let me remind you that “A settlement needs your help.” Oh yes, the post-apocalyptic western.

You can take almost any other genre and combine it with a western and it will not be weird, unless you want it to be. It is probably one of the most versatile genres available. It is also the most under-used.

Imagine a western taking place in Strangetown. Lucky Palms screams to have a western made there. Areas of Oasis Springs have a western vibe to them. Granted, these kinds of stories would take a lot of creativity and machinima magic to pull off in The Sims 4, but in The Sims 2 and The Sims 3 where you can build your own worlds, there is so much that can be done.

Who wouldn’t want to see a story about a cow plant rancher finding true love while fighting alien invaders? Okay, that’s a little weird but this is The Sims, and we do have an award for Most Original Machinima, and it’s something that has never been done before.

All of the typical and obvious elements aside, at the heart of the western genre are the themes of adventure, achievement, and optimism for the future, the beauty in the untamed, and courage. It’s about individualism, self-reliance, and the equality of opportunity. 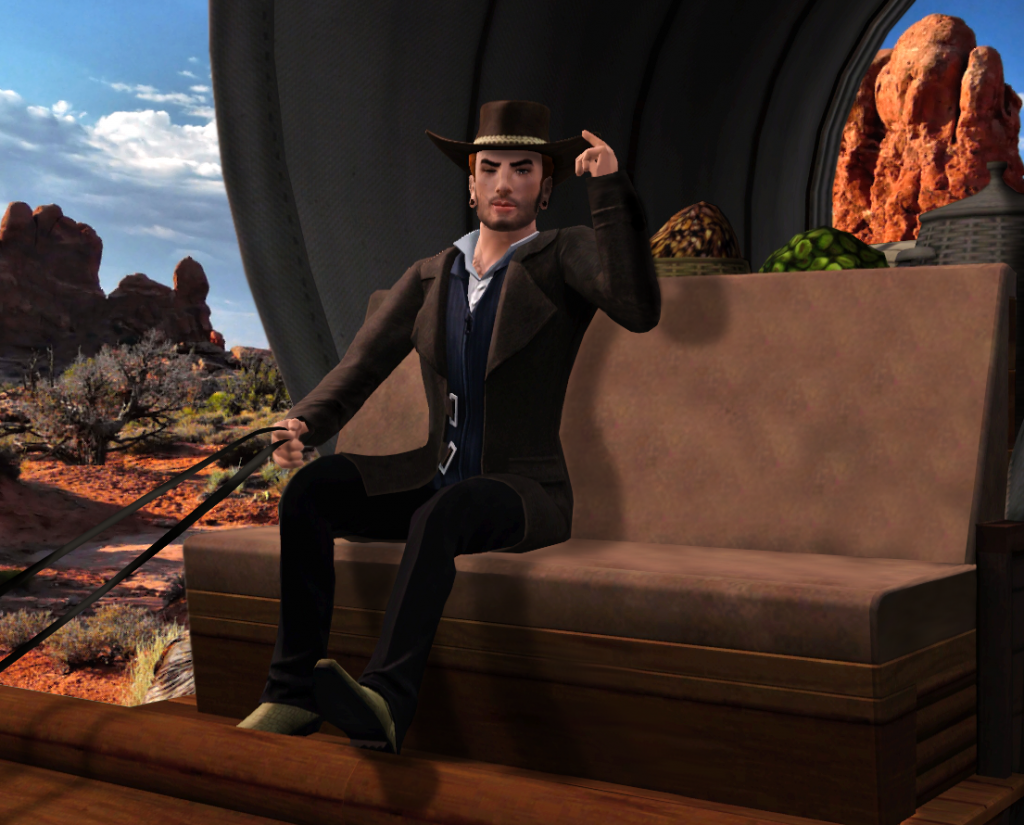