I don’t know the process that other people use to make machinima, but I like to have all my sets done before I start filming. Nothing annoys me more than having to build something in the middle of filming. I mean, it occasionally happens because I’ve forgotten something or an idea changes, but for the most part everything is ready to go. I also don’t like making “sets”, meaning boxes with everything I need for scene. If it’s a short sequence where I will never need the set again, I’ll make a box. I have a Newcrest save that is nothing but odd shaped boxes for this exact purpose. For the most part I create entire worlds. I have two saves for Super Llama Man. One is the world that he lives in with all his neighbors and friends and villains. The second is copy of Newcrest that is nothing but commercial lots such as a grocery store, a coffee shop, the police station, and Llamaburger. I have started this process for It’s Mostly Sandy in Oasis Springs.

The first thing I do is place the lots that I know, without a doubt, that I will need. This time around I ventured to The Gallery and got lucky and found a lot of what I needed.

Before I get to that, something that is a must have, in my opinion, for Sims 4 machinima is empty worlds. Fawnhollow on tumblr has one all ready to go with the new world. 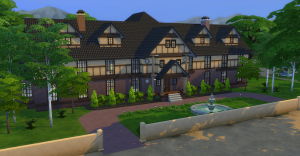 Anyone recognize this? it’s The Sims 3 Landgraab mansion recreated in The Sims 4. These are the kinds of builds that I would never be able to do because I never spent that much time in them and don’t know what they look like inside, I would have to find reference pictures because I am not reinstalling TS3 just to go between games, and I really don’t have the patience. Lucky for me Collie33 recreated it. Outside of the kitchen, it’s not furnished so I am going to have to work on that. There is no way it’s going to look like the original on the inside. This family has money, they can afford an interior designer and some custom content. Not only that, a lot of filming is going to take place here so it needs to have a better aesthetic than “Sims 4 Base Game”. 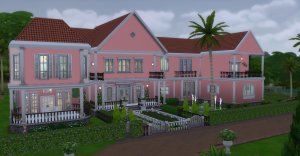 Next up is the Alto Mansion by ElliebobEllie. This one is fully furnished. That saves me some work. I don’t know how much filming will be done in here, but it’s essential to have this house for the world. Funny thing, I didn’t remember it being pink and had to go find a copy of the original. Yep, it’s pink. Obviously, The Altos have no sense of style. At least it’s iconic in some way and no one will ever question who lives there.

Speaking of The Altos she also created the family to go with the mansion. 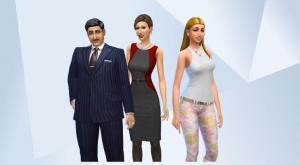 How cool is that? There are some really talented people that use The Gallery and I am more than happy to show off their work when I use it. Unfortunately, there is also a lot of crap up there that you have to sort through to find the good stuff, or what you need.

Speaing of the Alto’s, I had no idea that the name was a pun on The Soprano’s. I wonder if EA devs pictured them as a mafia crime family as well. Maybe they should have.

Now that the Landgraab mansion and the Alto family and mansion are out the way, next up is The Goths. 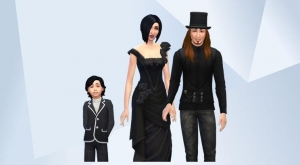 Simleopapa87 created a decent TS4 facsimile of Gunther and Cornelia Goth. I don’t know what to say about young Mortimer there, as Sims 4 children have their own thing going on that just ca not be described. There are so many aspects of working with TS4 children that annoys me. It’s part of the reason why I have so many saves of some of my machinima families.

As a side thing, I don’t think I’ve ever put a hat on a sim and had no idea that we had top hats. 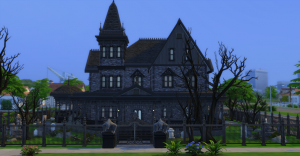 There are a number of recreations of The Goth mansion from The Sims 3 up on the gallery. The one made by Hologlam is my favourite. In my opinion the outside decor is the best. The inside is as close to the original as possible, given we are talking two different games here.

One of the biggest problems I have with using other people’s builds is that a lot of them go for form over function. The builds look totally cool on the outside, but once you get inside the rooms are too small to film in. It makes me realize how many people play their game with the walls down.

I downloaded a number of university builds to put in Windenburg, some of them I absolutely loved, but they wouldn’t work for machinima because of that form over function thing. So, in true form, I asked a certain builder and best friend for one of his builds that is probably never going to see the light of day. In his words, it’s an “abomination”. Not because it looks bad, but because of what went into building it and how altering anything inside will mess up the roof. He pointed out that I tend to pick some over ambitious build of his that is going to test my patience to the limit to use. Not only do I have to landscape this one but I also have to turn the interior into a university or sorts. I suck at landscaping. My idea of landscaping is a tree and a rock so this is going to be a real challenge. 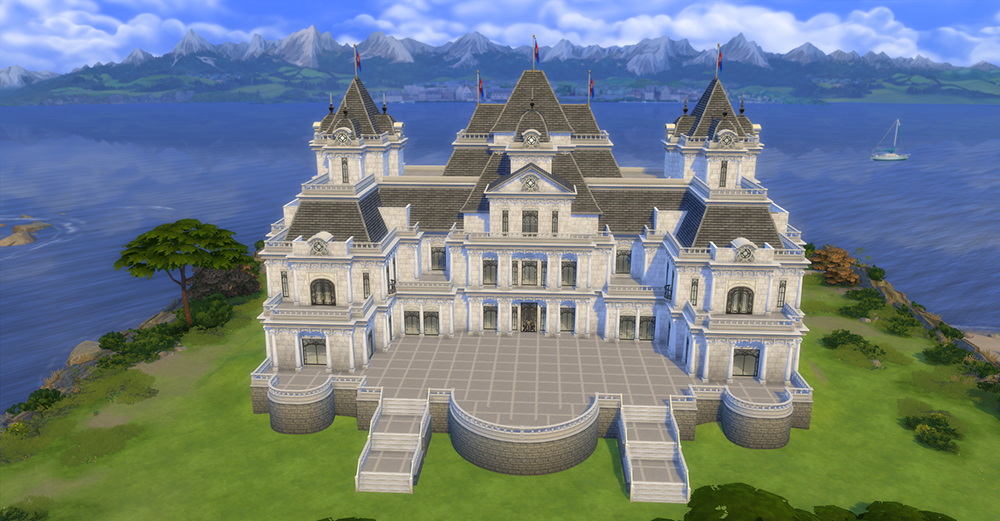 Maybe I should start rethinking this project…

The last item that I know that I will defiantly need is a wedding venue, No, I’m not marrying off Johnny Zest. I plan on opening the series with the wedding of Nancy and Geoffrey, because that’s really where this story starts. I built my wedding venue because this is one of those things that I have a specific images in my head for. 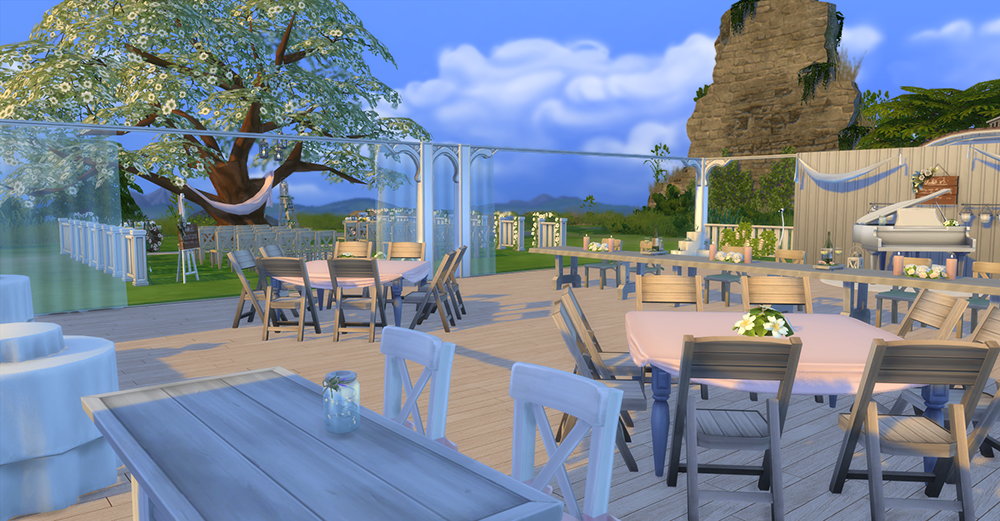 The design is somewhere between set and playable lot, meaning that there is a deal of unused area and the wedding area was placed specifically for the view. The lot isn’t arranged ideally for actually playing on it. There is a good chance I will end up redoing the reception area, I’m not 100% sold on it just yet. The bulk of the custom content comes from The Plumbob Tea Society’s Rustic Romance set.

Now it’s time to fill in the other lots where it doesn’t look like the world is empty as well as create the extras that will be needed. So much to do yet, and I’ve not started writing…

And the Winners Are…SimsFilmFest Voting

One thought on “How to Machinima: Sets”