One of the first things that I am always inclined to do is give any EA created sim a makeover if they are going to be in any of my projects. Most of the time they are dressed horribly. Not that I want all of my sims to look like they just stepped out of GQ or Vogue, but they also don’t need to look like their clothes came from the local discount thrift store. I also demand that sims in my game look like they know how to dress themselves, because some of them most certainly do not, and need all the help they can get. 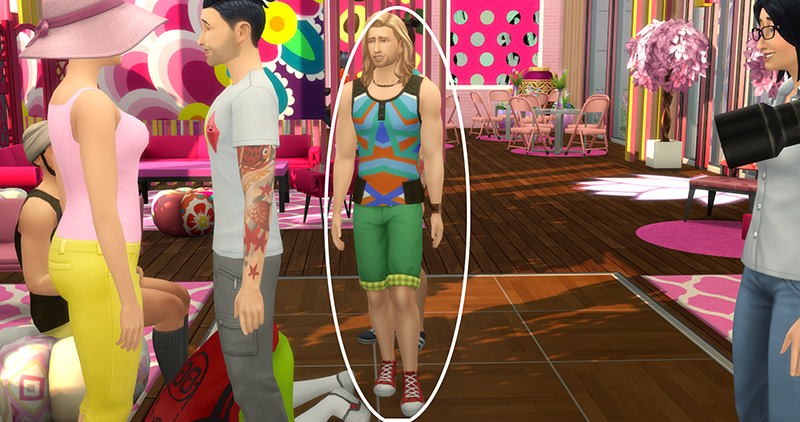 I’ve seen worse, but this should prove my point.

EA sims are always worse. The females all look like they took makeup tips from this woman 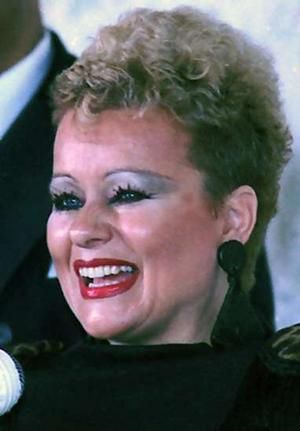 Just no. I also have a dislike of EA skin tones. Whoever came up with the skin tones and makeup for the Sims 4 has never heard the phrase ‘Less is more’. Seriously, more is just…more.

Now, I am not one of these people who makeover EA premade sims to the point that they barely resemble the original and they are not recognized. I am more “fix the hair, makeup, and clothes” sort of person. Nancy Landgraab is still going to be recognized, she’s just not going to look like she was attacked by some Mary Kay commando at the mall. 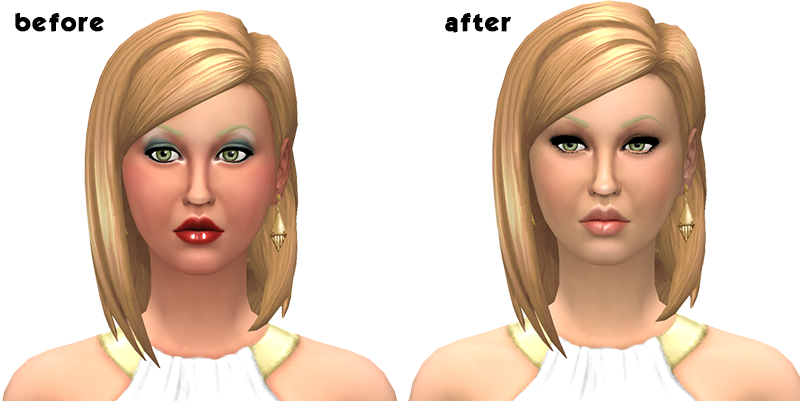 She still has resting bitch face, but she at least looks like she watched a YouTube video or two to get make up tips. Gone is that overly red-ish skin tone as well. I hate it. In fact, I removed it from everyone.

I also need younger versions of the Landgraabs for this story so, to CAS we go to age them all down. 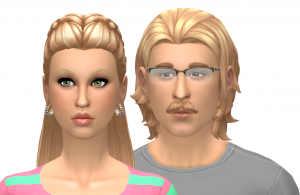 When they were younger, I suspect both Nancy and Geoffrey were a little more trendier, and Geoffrey certainly didn’t look like he had eaten one too many donuts. There had to be a reason why Nancy was attracted to him, after all, Geoffrey was enough of a nobody that he took her last name. So the question is, why did he let himself go?

Nancy, on the other hand, has aged much better. I don’t know why, but I picture her as the sort that would have a boy toy about somewhere…or at least she would if she wasn’t so ambitious. That ambition coupled with her materialistic ways has turned her into a bit of a workaholic that has little time for anything else outside of work and family…but mostly work. 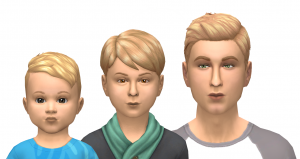 Malcolm Landgraab, the “only” child of Nancy and Geoffrey. I see that I need to fix his child and toddler eye colour. Stupid random game mechanics. He also cleans up well when you get rid of that horrible EA skin and give him a decent haircut. He looks like someone that girls (or boys) would be interested in dating now.

The family bio implies that his parents dote on him to some extent, especially Nancy, who is grooming him to take over as family heir, something he’s wants no part in. 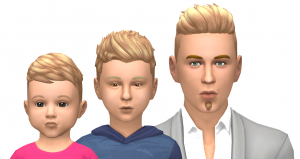 What is it with this game changing eye colour? While The Sims 4 is much better at understanding genetics than it’s predecessors, it could still use a refresher course in Mendel’s Peas. Neither Nancy or Geoffrey have brown eyes, there is no way their children would have them at any stage in their life. No, it’s not coloured contacts because toddlers can’t wear them! This is seriously the sort of thing that annoys me, and I need to fix it. I would have never noticed if it wasn’t for these life stages pictures.

Anyway, Johnny Zest/Landgraab, the inspiration of this machinima. I will say it again, he looks very much like Malcolm, and he has Nancy’s nose. There is no way he isn’t an offspring of Nancy and Geoffrey.  Again, his makeover was subtle and he still looks like Johnny Zest. 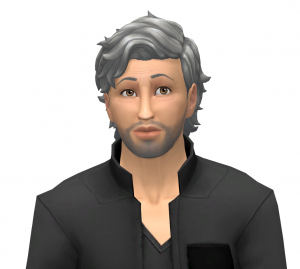 Lastly, Chester Landgraab, Nancy’s father. He doesn’t appear in The Sims 4 but since he died of old age, he will be making an appearance in this story. How can a makeover apply to a new character? Well, I cheated in making him and gender swapped Nancy. That count’s as a makeover doesn’t it? This was the successful end result. He looks very much like Chester from The Sims 3, only with much better hair.

Now I have to figure out who the minor characters are and fix up those sims. The work of a machinimator is never done…