Sadly, there is a tendency for people to overlook subtitled machinima projects. Maybe because it ruins the immersion. Maybe because they don’t like reading subtitles. Maybe they can’t pay attention to both what is going on in the video while reading. Maybe it’s something else. Thedas proves that people who don’t watch subtitled series are really missing out. It is visually stunning. The cinematography is top notch. The attention to details in both sets and costuming as well as established lore is amazing.

Now to answer the big question. Can one watch Thedas and enjoy it without ever having played a Dragon Age game? I’m going to say yes with the caveat that if you have played Dragon Age and are a fan of the game, you will appreciate Thedas a bit more. ShootingTrue Productions has put together a prologue leading into Dragon Age Inquisition. I feel that by saying it’s fan fiction will turn people off, but that is what this is. Sometimes it feels very Dragon Age, other times it feels very Harry Potter. Regardless, it can be enjoyed for what it is.

For those that don’t know, Dragon Age: Inquisition is one of those games where you get to fully customize your character in terms of gender, race, and background. ShootingTrue Productions has chosen (so far) to tell the story of a human male mage and a female dwarven mage and how they got to be where they were in the opening moments of Dragon Age: Inquisition. She has woven their stories together in a plausible way, as if they existed at the same time. Who is to say they didn’t? 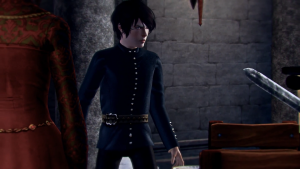 Episode 1 introduces us to a young Maxwell Trevelyan who is looking forward to the day that he gets to join the Chantry and start training to be a Templar. That day is much closer than he thinks.

The episode opens up with Max and a friend having a sword fight as part of squire training. After the training session his older brother tells him that their father wishes to speak to him. Little does he realize that his life is about to change forever in ways that he never expected.

His father has written to the Chantry and heard back. Maxwell Trevelyan is to go to the Chantry and start his training as soon as possible. Max is overjoyed by the news and his father gives him a sword that he had specially crafted for him out of dragonbone. He is also told that tomorrow they are expecting guests from the House Maldwyn to discuss trade. That night Max dreams of an assassination attempt on Lady Maldwyn. When he awakens, startled by the images his subconscious created, he sets his clothes on fire. He tells his father that he has heard rumors that an assassination attempt would be made on Lady Maldwyn at dinner and that it should be canceled. His father tells him that he can’t do that, but he would double the guards.

At dinner, an attempt is made on Lady Maldwyn and Max is the one that stops it…with magic and all hell breaks loose. Bann Trevelyan is accused of harboring an apostate and Lady Maldwyn threatens to remove him from his position of Bann. Lady Maldwyn immediately has Maxwell sent off to the Circle of Magi for training. After all, Magic is dangerous and must be controlled, least the mage become a vessel for demons. 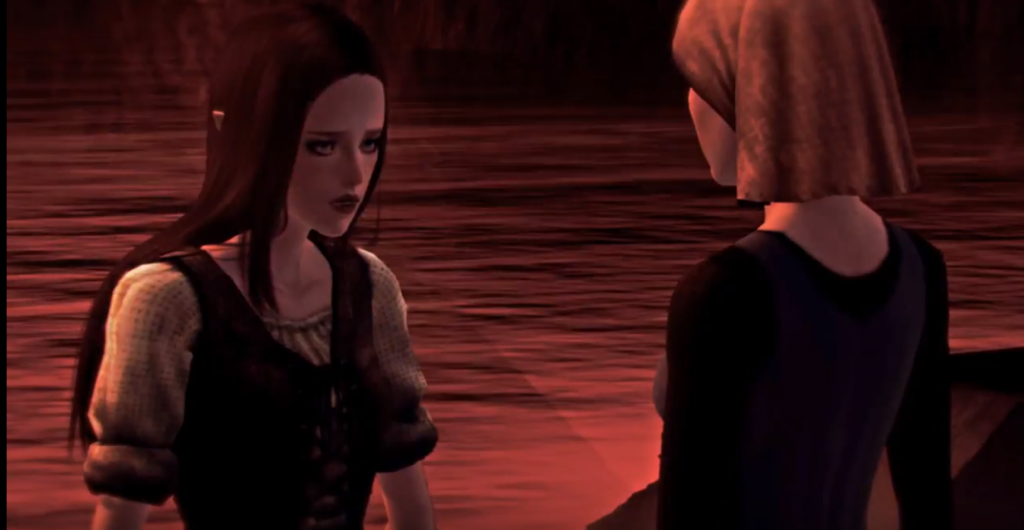 Episode 2 introduces us to Ellena Lavellan, a Dalish elf and servant in wealthy house. We also her much younger sister, who is outside waving a wand around to impress her friends. Ellana warns her that she shouldn’t do that, because it puts her life in danger. Her sister accuses her of being allergic to fun and runs off angry.

It appears that they might actually become friends but at every turn Maxwell ends up insulting her. When they are paired for a mages duel he tells their teacher that it he refuses to fight an apprentice that barely knows any spells. This is when we find out that Ellana is indeed a mage. She unleashes Dalish magic during the duel. Max explains to her afterward that Dalish magic is illegal and shouldn’t be used there, because it makes one even more susceptible to demons. 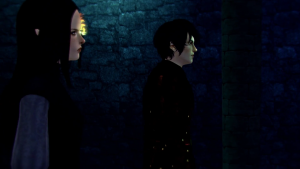 Episode 3 feels more like Hogwarts than The Circle of Magi. When the mages are told they need to pick a magic specialty there is a ceremony that reminded me The Sorting Hat, and how the specialty chose them. Then there is the emphasis that is placed on defensive magic.

Maxwell has another foreshadowing dream. This time it’s of war. He later hears The First Enchanter talking to the teachers about how the relationship between The Chantry and Circle has been strained, how another conference has been called by the College of Enchanters and how there is talk about The Chantry invoking The Right of Annulment, where all mages are made tranquil and unable to use magic.

On his way back to his room, he runs into his friend Tobias, who he learns as been made tranquil, and the seriousness of what the future holds sinks in.

The First Enchanter has given the order that the apprentices be taught to defend themselves at all costs in case The Right of Annulment is called for. This is where the choosing of magic specialties comes in. Maxwell starts training as a battle mage, which really comes as no surprise since he was set to become a Templar. Ellena starts training as a spirit healer, which she is sure she isn’t cut out for.

As the episode comes to an end we are introduced to an unknown character, who is putting his own plans into motion to bring the Tevinter Imperium back to glory, and calling upon the Spirit of Justice…

One thought on “Machinima Spotlight: Thedas”