Green Screening is a huge deal for many filmmakers. The process can be very time consuming and the results can sometimes be very unsatisfying, and visually unappealing. However when green screening is done right, it can make something possible, that couldn’t be achieved through the game alone.

For this tutorial, I am using The Sims 2, but I feel the process would be pretty much the same for The Sims 3, and possibly The Sims 4; though I haven’t played the game, so I can’t be 100% sure. I am also using Sony Vegas, so if you are using a different video editing software, you will have to change some of the settings and effects to get similar results.

To start with Green Screening you first will want to open your game. I decided to use a somewhat complicated scene to explain this process. Throughout this process, I will show screenshots from my film “The League”, which I am collaborating with Br0kenEnglishVA.

To start I made sure to choose to place my screen where I needed it using ctrl 4-8. This will keep my shots clean and make it so I can refilm several times and getting the same results. In this scene I am making my sim jump out of a door and land on the floor on the other side. 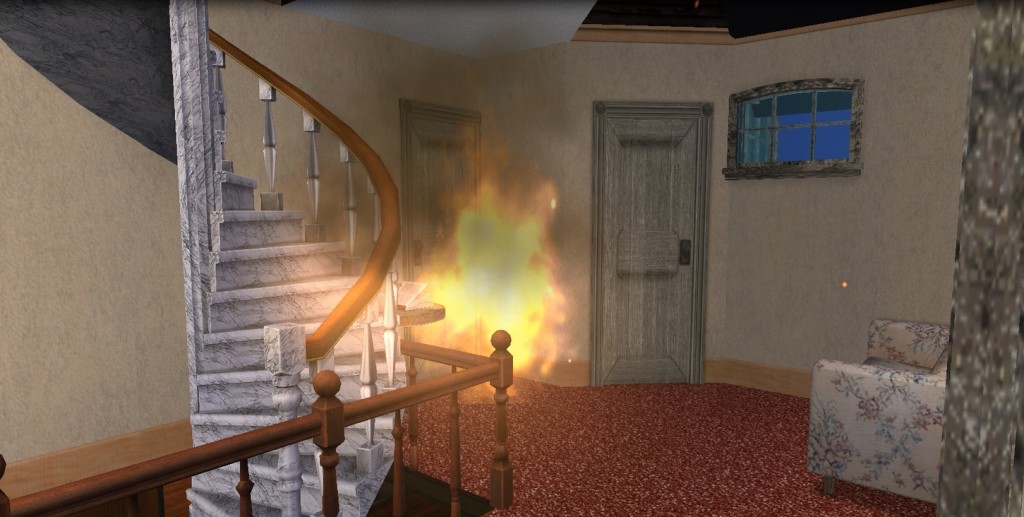 Here is the scene that I needed. Due to the animated fire, I had to make this into a video instead of just a picture. Once I have recorded the base I continued to edit. 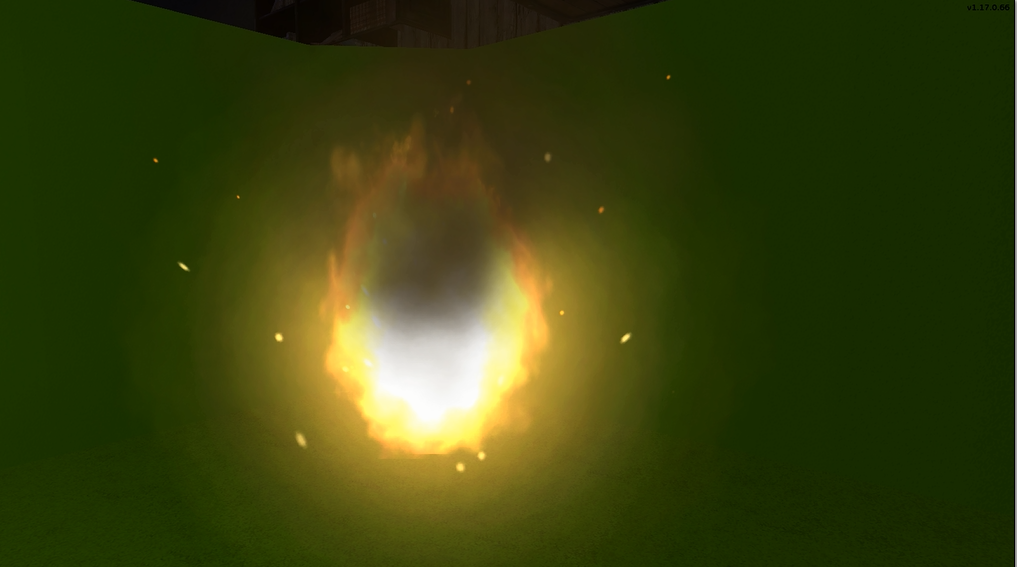 Once I was done taking the video for that. I continued. Due to the way my sim would be jumping, they would end up going over the stairs, table, and banister that were placed in front of the door. To keep this from happening I needed to green screen out these items. To do this I placed an extra wall between the stairs and the two doors and sofa. Then I pained that wall and the floor green and took a picture that I could place over top of everything. Due to my bad explanation here are some screen shots to help better understand what I did. 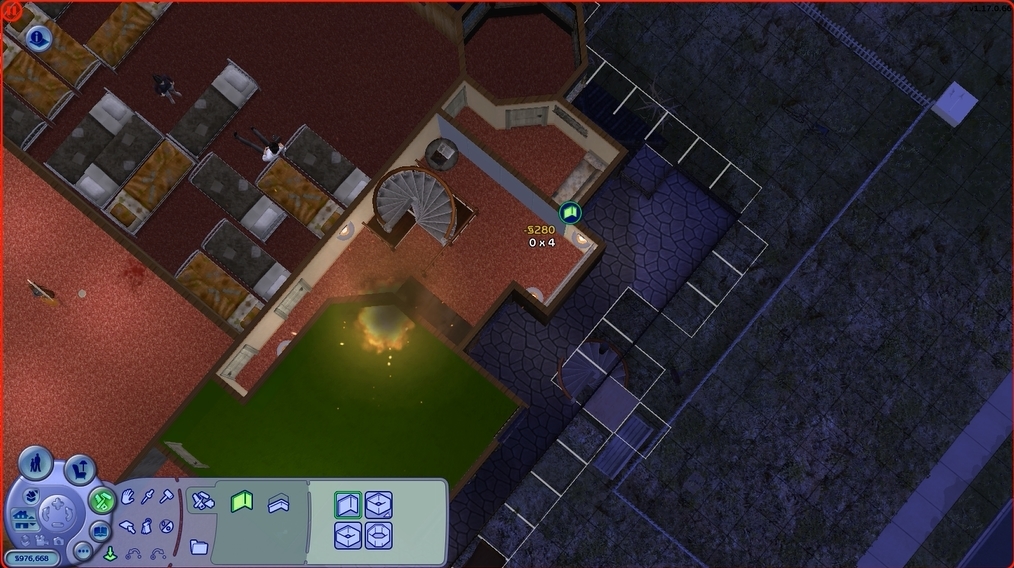 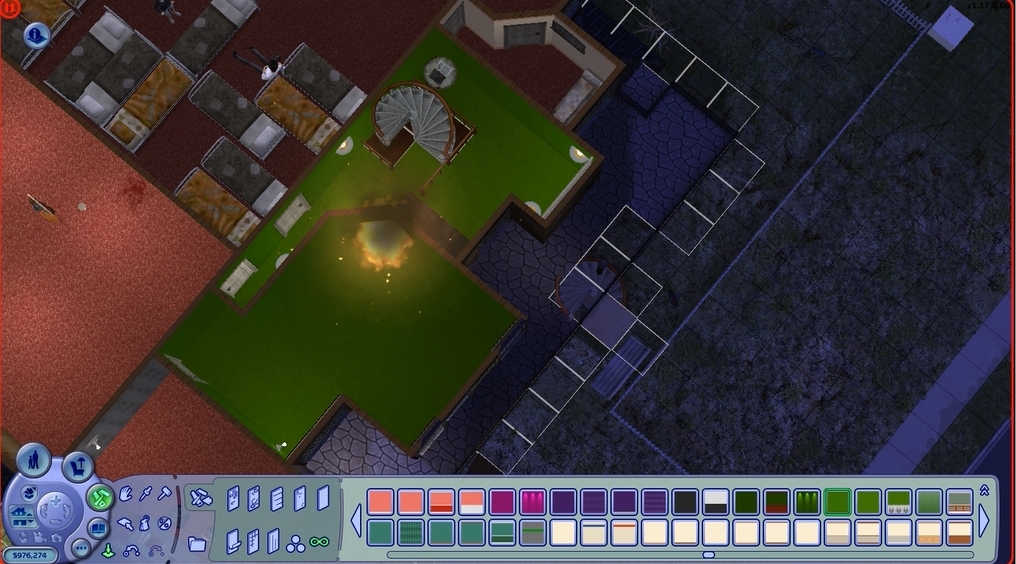 Once that was complete I took the final image using going back to the same position as the base video and took the image of just the stairs and the table, here: 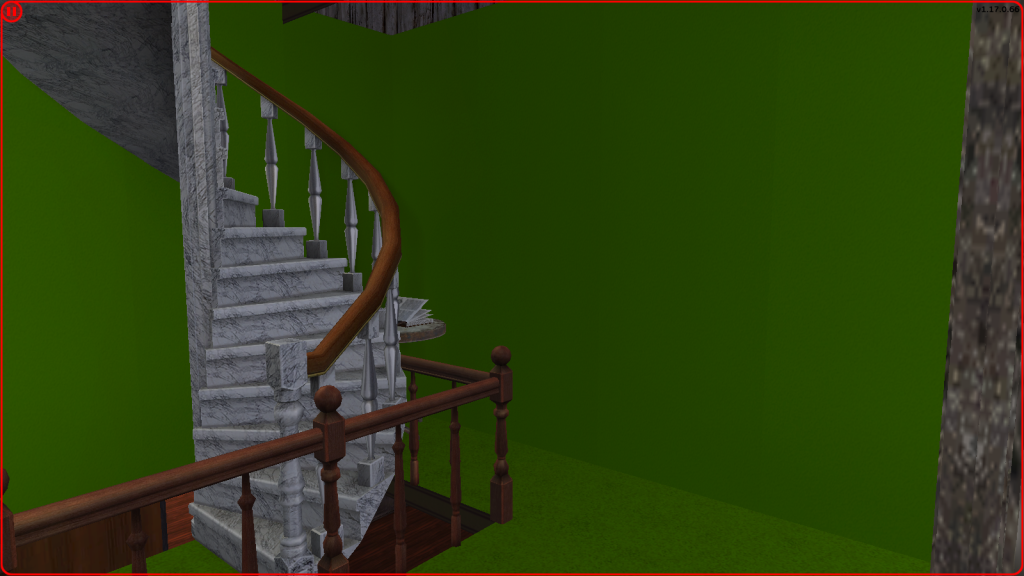 For the final scene to film. I had to get my sim to fall. I believe the animation I used was “Bowling Fail”. Using this animation I placed my sim inside the green-screened area and filmed the animation movements. 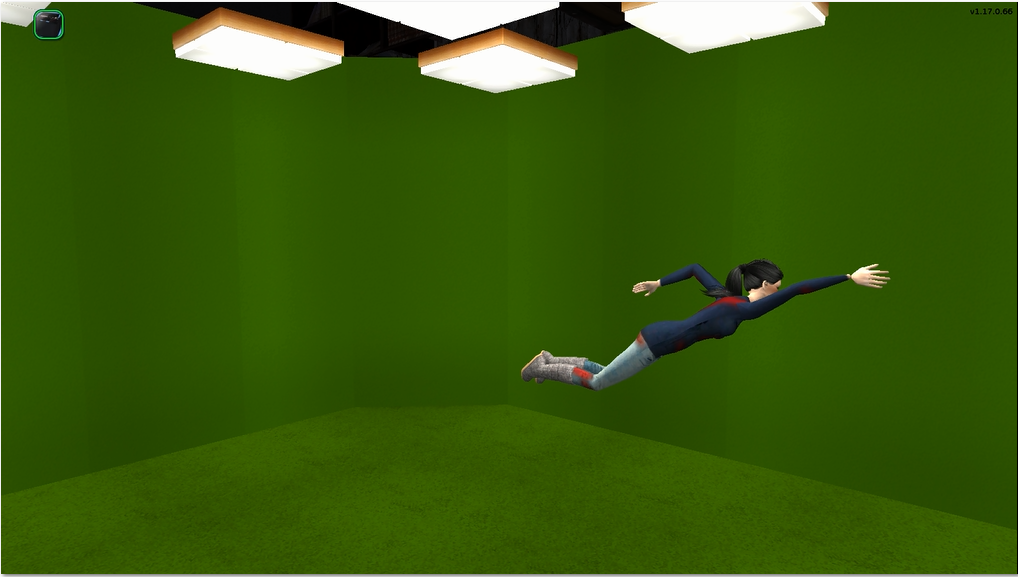 Now for the editing. Editing the green screen can be a huge pain. However, most of the layers I need are already placed where they need to be and don’t need a lot of movement to make them work well. How to edit green screens changes depending on the scene you are doing. It depends on how complex you need it to be. I would say this is a semi-complex scene, as I have done more time consuming and problematic scenes in the past. Here is what I did for this green screen as an example.

First I placed down the base. I turned off re-sampling just to avoid blur. I had to change the timing of the file due to the door opening. After that I placed my sim falling on top of that. This is the first file you will need to edit. Using Chroma Keyer, take the “pick color from section” tool and click on a section of the green screen. For the setting, I mostly play around until they look decent. These were the settings that worked for this file: 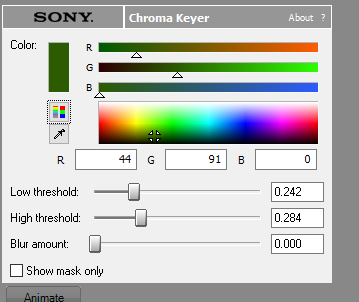 After that, you will need to use the cookie cutter tool to get rid of anything above and below. This is mostly needed if your clip moves using the event/crop tool. To make the sim move further when falling I had to use this tool. Shown here: 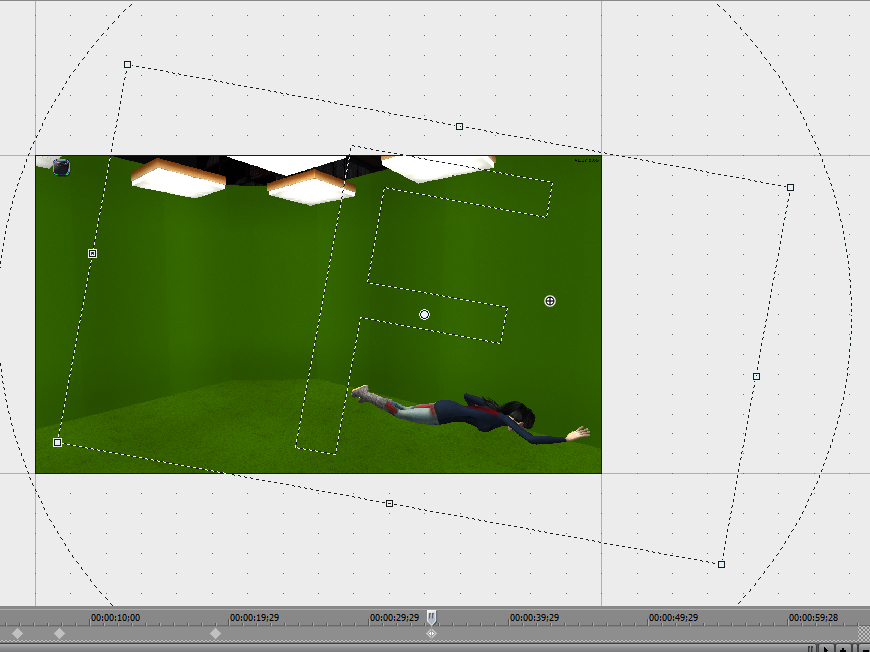 Once that was put in place I added the extra fire. To do this I did the same as I did for my sim. I placed the Chroma Keyer on it and messed with the settings. For this one, I added a lot of blur and high threshold. Here is a side by side of the scene with the extra fire and the scene without (click to enlarge): 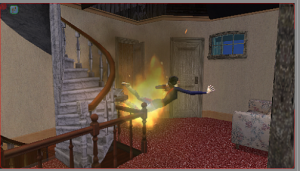 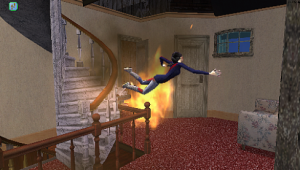 To complete the scene I need to add the banister. To do this I can do two different things. I could add the image into photoshop, gimp or any other website and cut the staircase out removing all the green and then place that over top of the image. Or I can Chroma Keyer the image as well to place that on top of the first three videos. Once that is added here is what the final scene will look like: 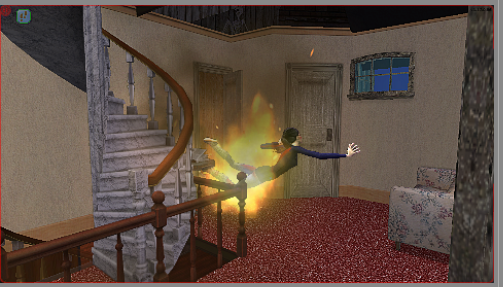 Without green screening, most of the effects I plan to use in ”The League” would not be possible. The main focus I have is to keep these green screens from looking like multi-images pieced together. In this final image. Would you be able to tell that this is 4 different images put together?

I hope this tutorial was useful to all those who read it and I look forward to seeing what people can do with this information. I plan to do a video explaining how I green screen in more detail. Currently, I am going to get back to work on my entry for SimsFilmFest and wish you all the best of luck!

Title Sequences and Why You Should Use Them